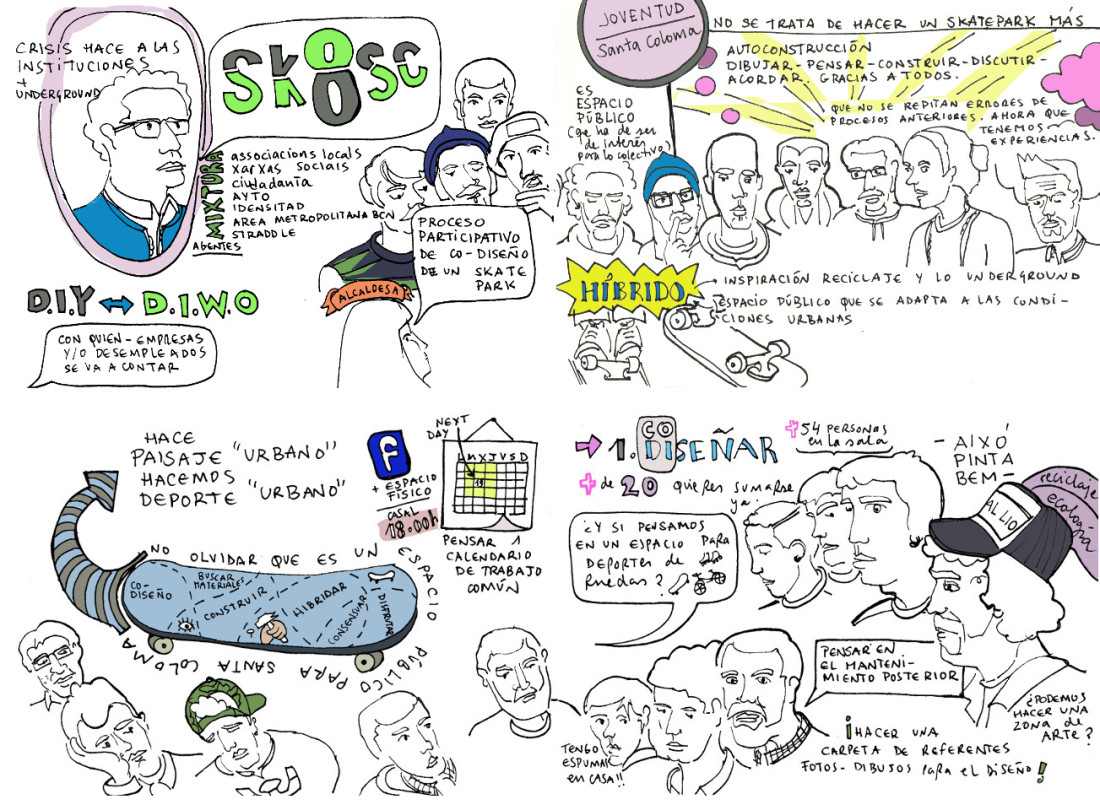 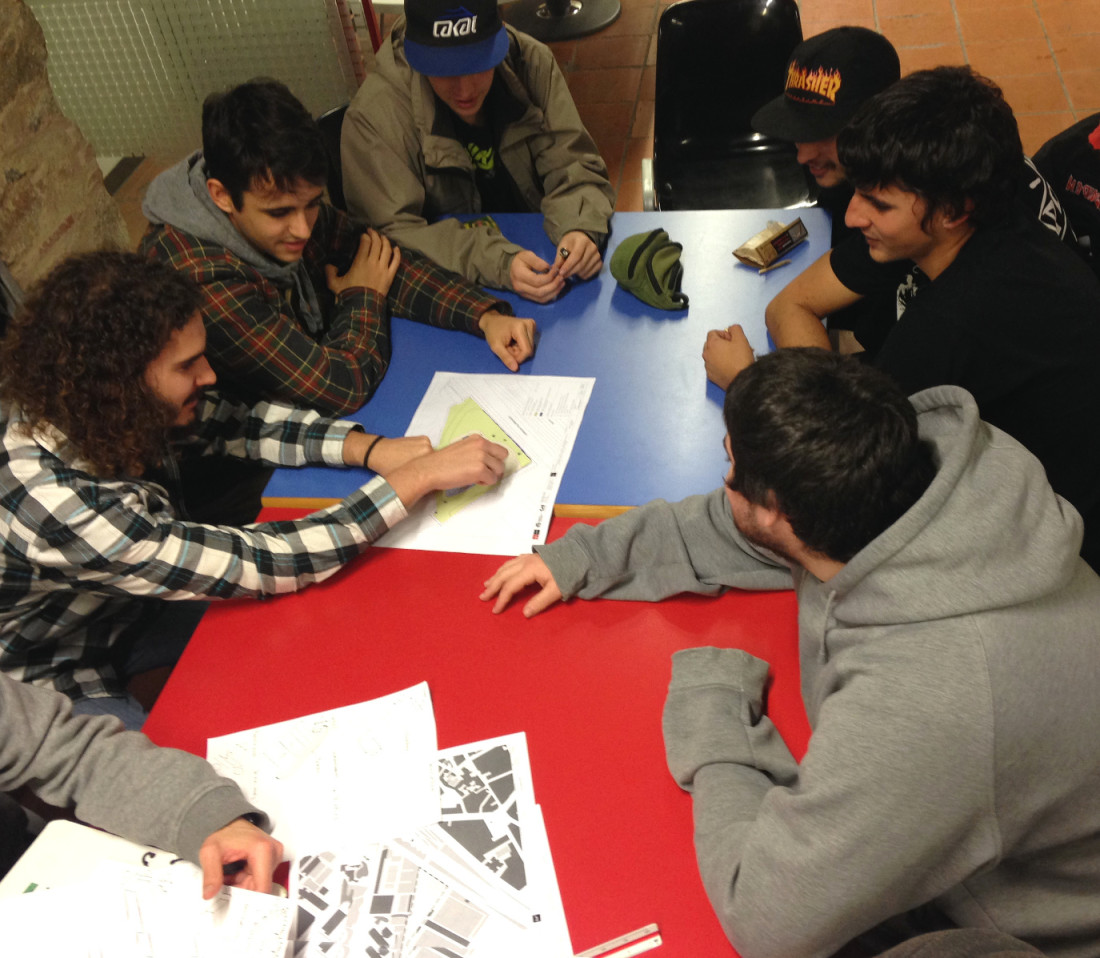 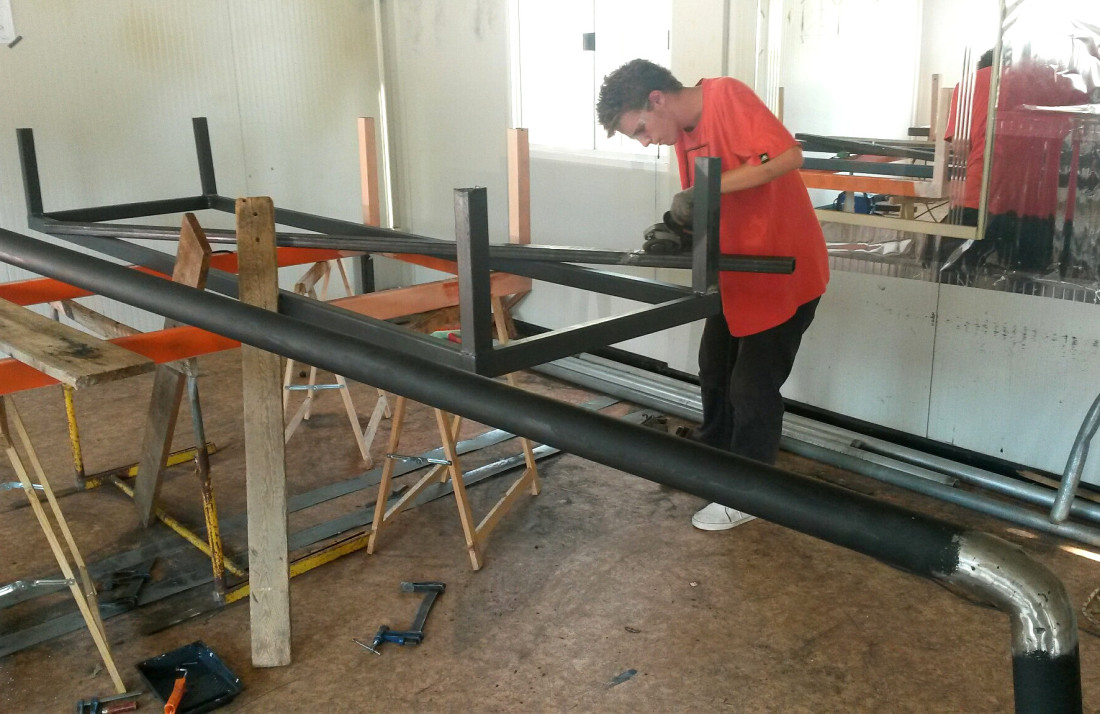 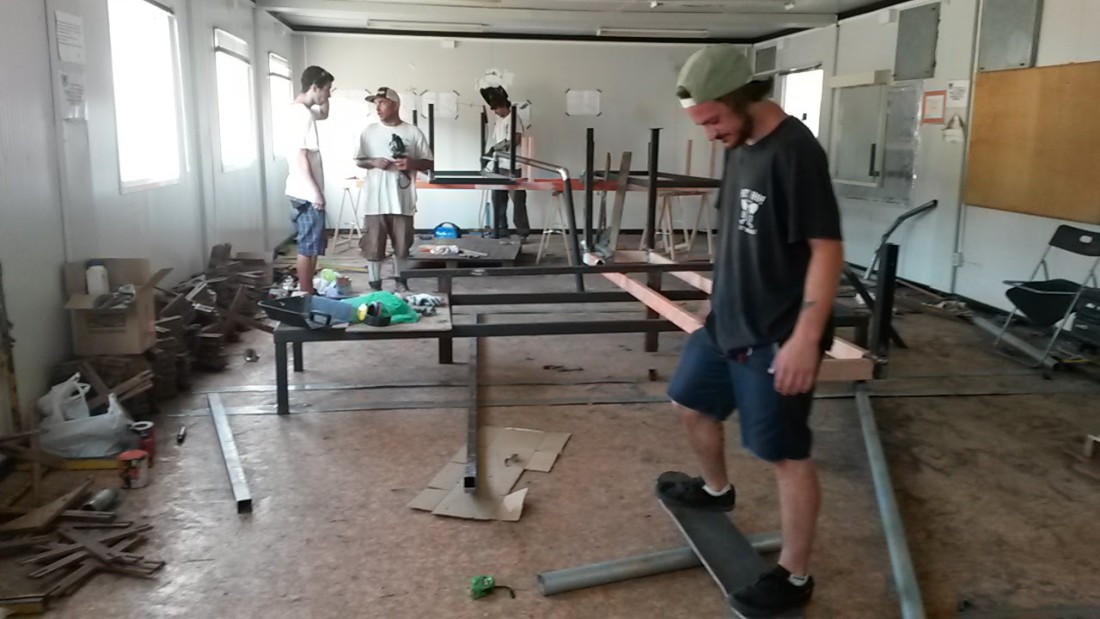 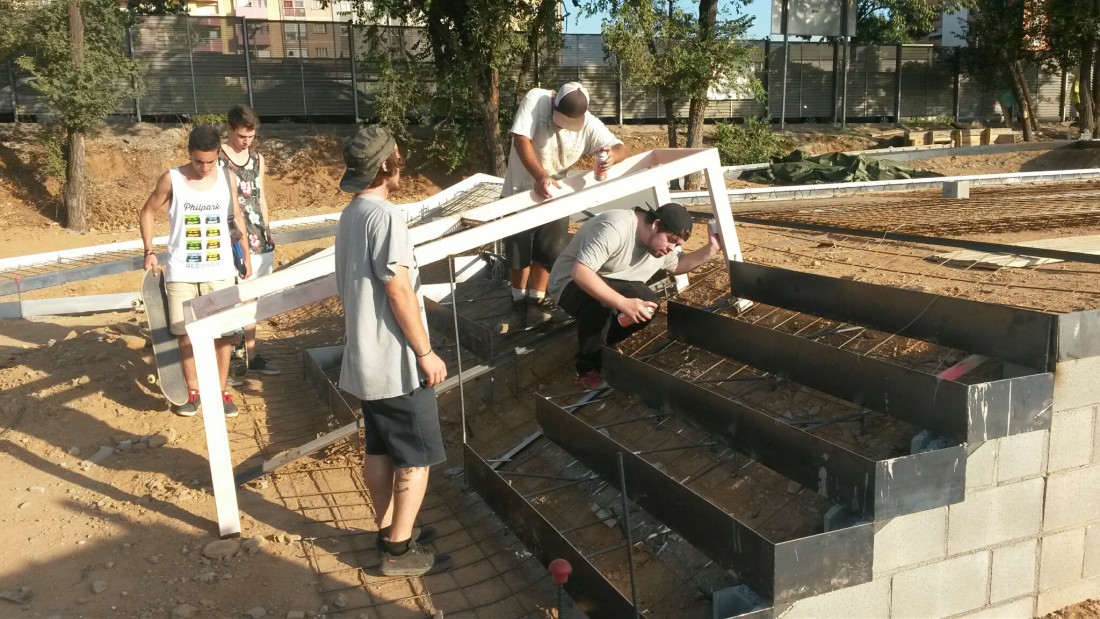 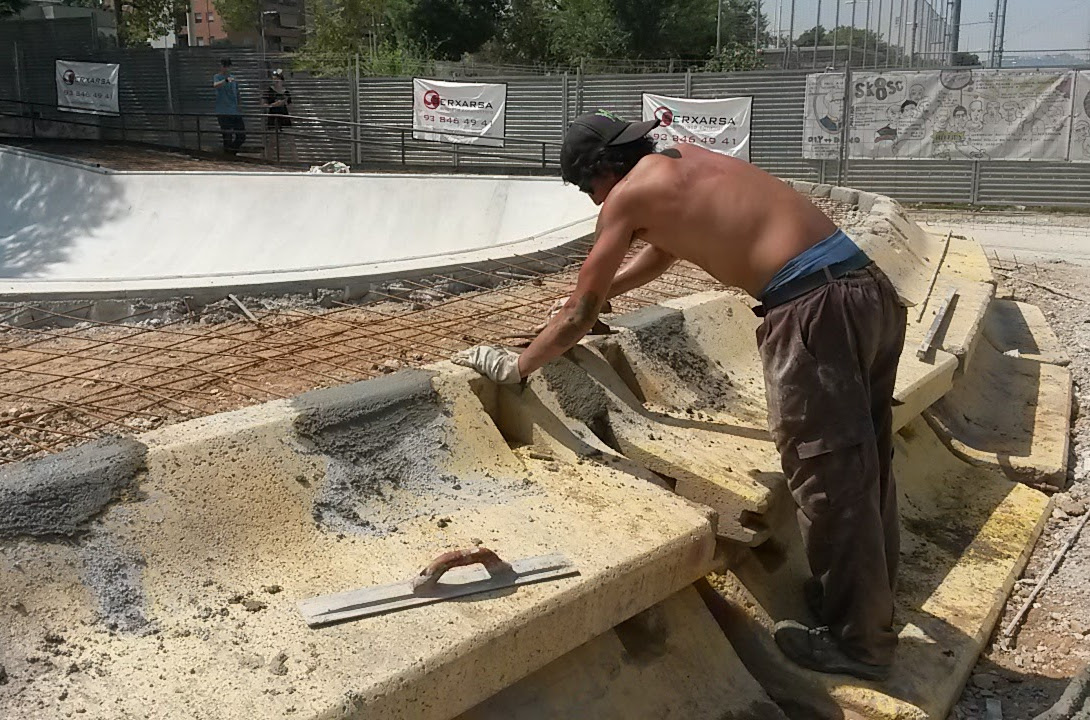 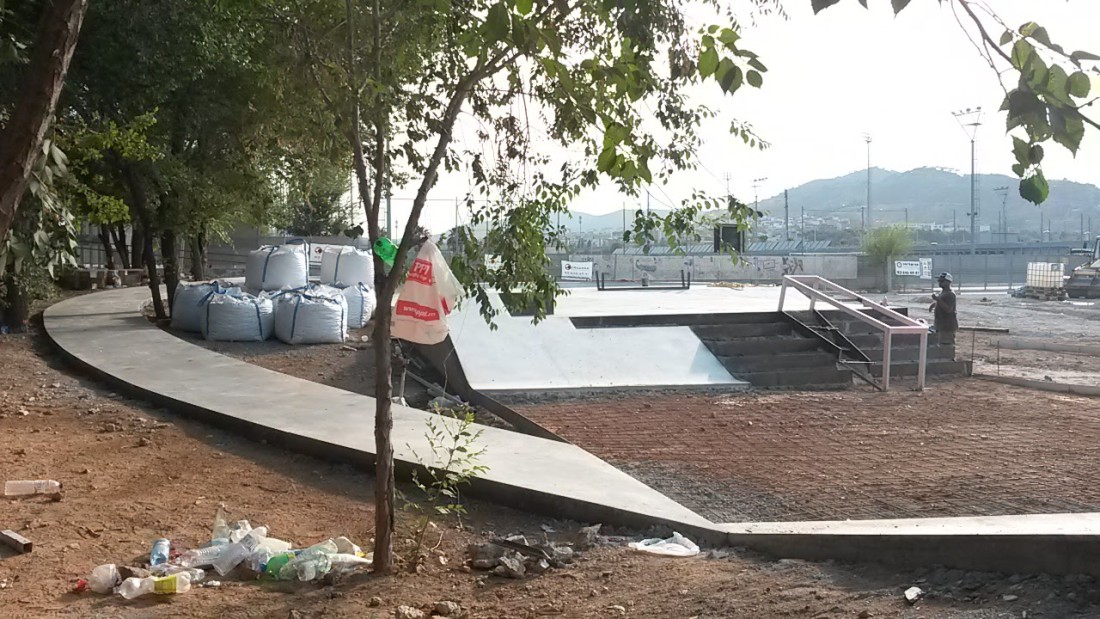 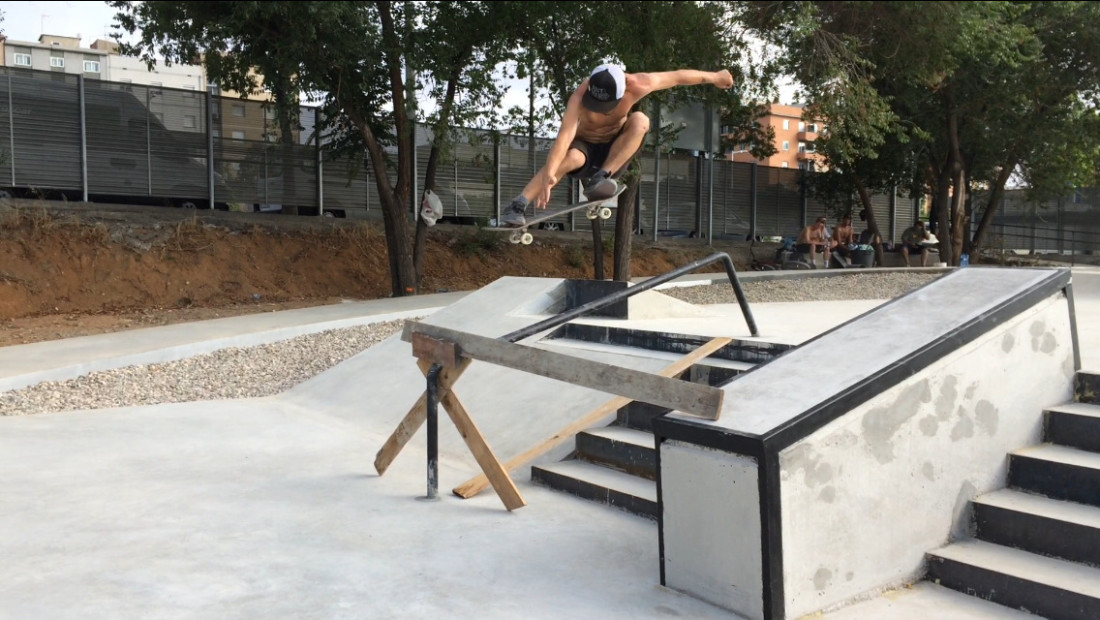 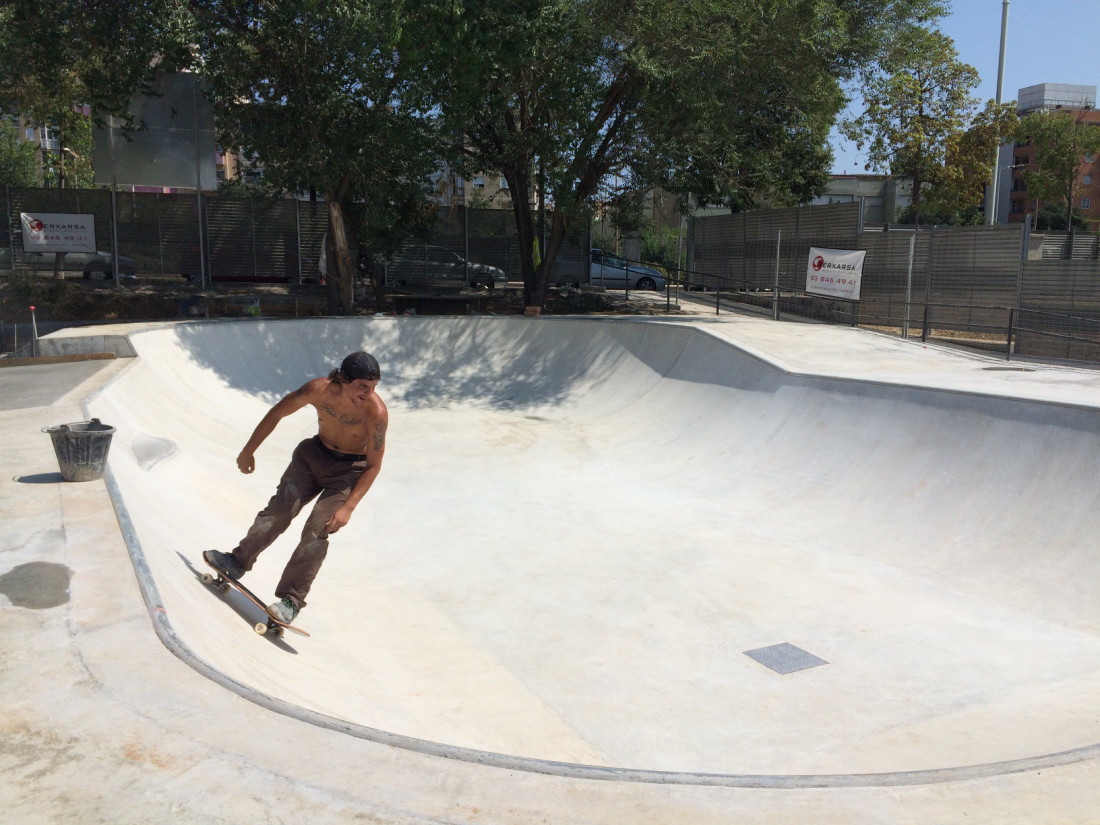 La Santa, in the Can Zam area of Santa Coloma de Gramenet, is a park consisting of a skatepark, a bike park, a promenade, and a parking area. It was built on vacant lots, resolving a connection between two of the city’s emblematic public spaces.

The project is also an experiment that brings many different elements into play, such as the participation of future users of the park in the decision-making and design processes, self-built practices borrowed from the skater DIY world, landscape design using existing and native elements, recycling, and the optimisation of public resources, among others.

The first part of the project, consisting of some 3,000 square metres or 35% of the overall area of approximately 8,000 m2, will officially open to the public in October 2015. The project was commissioned jointly by Santa Coloma City Council and the Àrea Metropolitana de Barcelona. It has been coordinated by Straddle3 and implemented in collaboration with Sergi Arenas, Lur Paisajistak, and skaters from Santa Coloma and Badalona.

Straddle3 is a Barcelona-based interdisciplinary collective that works from the ground up with ideas, materials, and technologies. Since 1998 we have worked in the fields of housing, public space, digital public domain, and participatory urbanism.