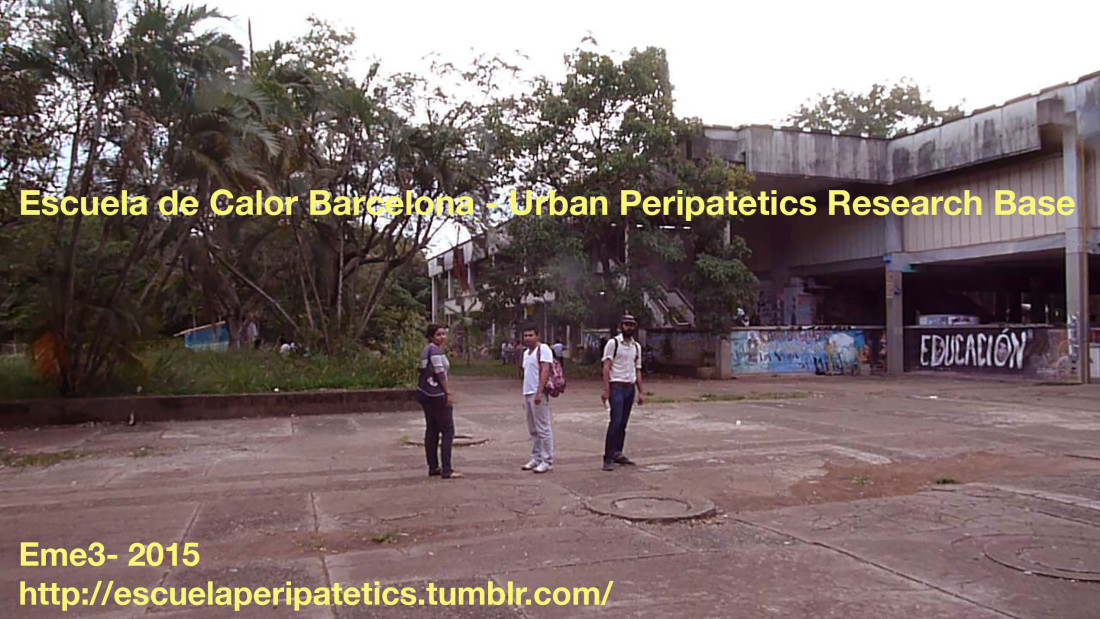 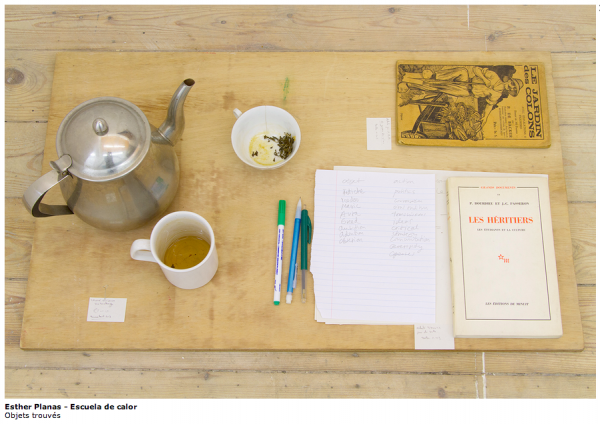 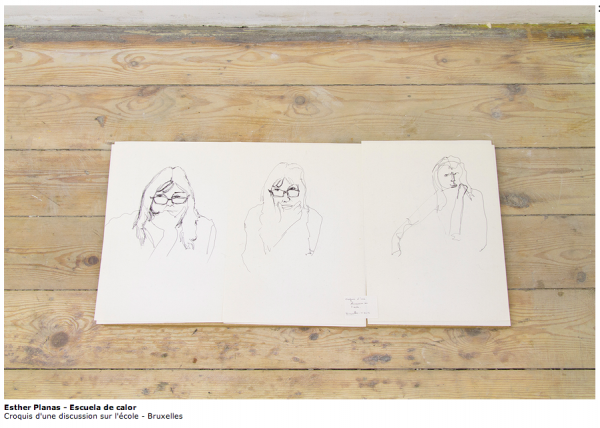 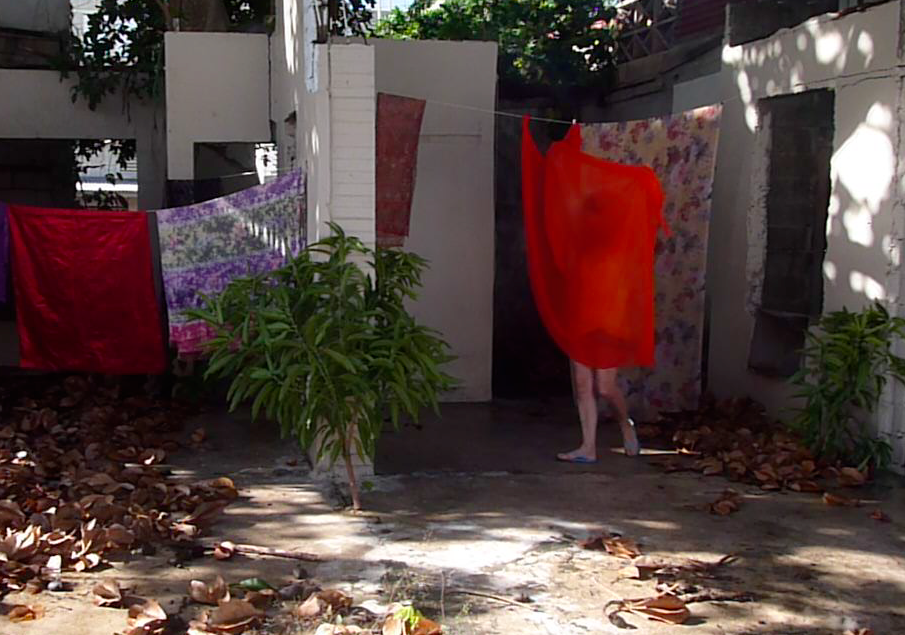 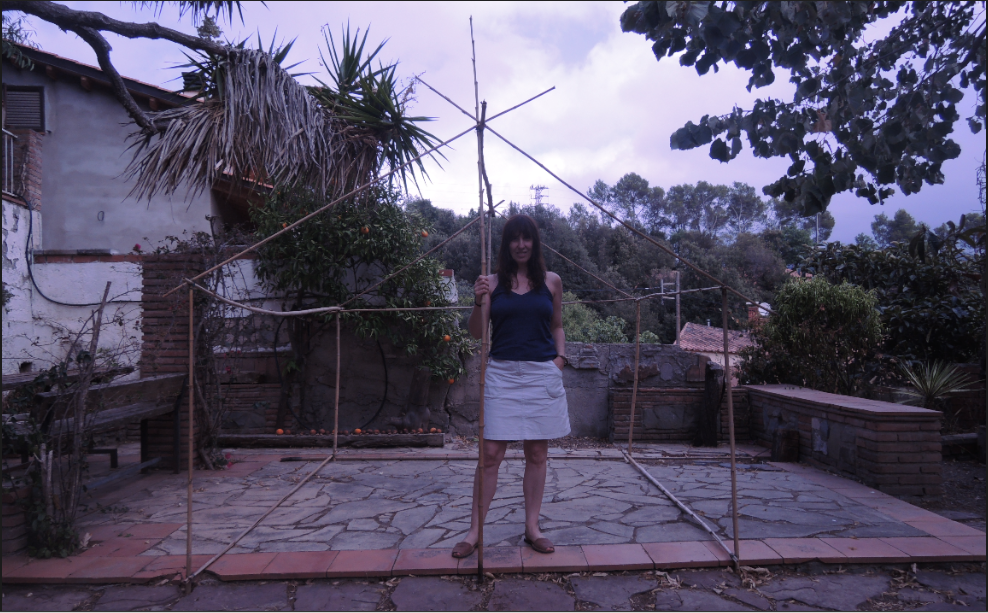 WORKSHOP Saturday 24 of October from 12h, meeting point at IED – subscription by email at coordinacion@eme3.org

You can bring something to eat, and a note book, drawing book or to record, etc.

EDC started back in Eme3_11. The aim of this non-workshop, was to enter in a time with a radical provocative gesture, a kind of opposed, negative school against all that was expected and promoted as such.

An anti workshop and a performance, the Mobile terrace ( or ready made bar terrace ) and its praise of apparent mediterranean laziness and dolce farniente as a way of highlighting the caricature that northern cultures uses, when thinking about us, from the now made to be subservient South.

It was about de-schooling, doubting, self education and self empowering under the appearance of sunny outdoors walks and seating out. Committed to international situationist methodologies, was peripatetic in nature, wile critical and irreverent about that, that was expected of a workshop to be.

For the next Eme3_12 year, EDC proposed a meeting at the seaside swimming club, that had actually been the site of its incipiency. There we had baths and seat by the sand on tumbonas and talked about issues of corruption in urbanism with the massive building of the horrors of W hotel just blocking our views and the winds usually necessary to sail from there.

When invited in 2013 for a talk at MACRO Roma, by Joan of Art/ Conceptual Militancy, on its project about Free Education, the talk was very successful for it stated the outsiderness of EDC, and the radically of a proposal that was compared to a “Cut”.

Now its becoming more and more urgent to consolidate such gestures such past experiments.

To generate an archive in the form of a blog ( quite my methodology ) a publication in waiting.

To establish a tradition in its participation on and with Eme3, rooting it to Barcelona, calling it Escuela de Calor Barcelona Urban Base for Peripatetic Research.

So the aim is to get to this point for this new edition of Eme3 and it will be a test on its relevance this days so agitated with issues of refugees and space and borders.

From Plaza to Plaza and the Loving Gardens of Gracia, Field exercises of theory and politics of peripatetic nature.

Gracia is a very special neighborhood in Barcelona, this year’s edition of Eme3 will be happening on and around its sites. The area was constituted as an independent Villa and it was just later in time and not with out putting a fight that Gracia became part of the city of Barcelona. How the Plazas and the Streets are all a part of the community of its people, as in Gracia’s annual celebrations and ways of organizing.

We want to walk and explore, talk and discuss notions of resistance in relation to a determinate urban context.

My work is based on the Aural production of situations and events. It is research based and takes form as performative workshops and the creation of collective actions with small improvised ephemeral groups of people and facilitates the channelling of thought trough out conversation and walks at its core is the question of de-schooling ( as in Ivan Illich) and of questioning education as we know it.

It has also re-taken its study of solo performance experimentation/investigation on urban spaces that include my physical presence, with sound and field recording and editing of films and photography around each of this actions.

Most of the field works and research is uploaded in various online blogs that works as archive wile facilitating communication and sharing.