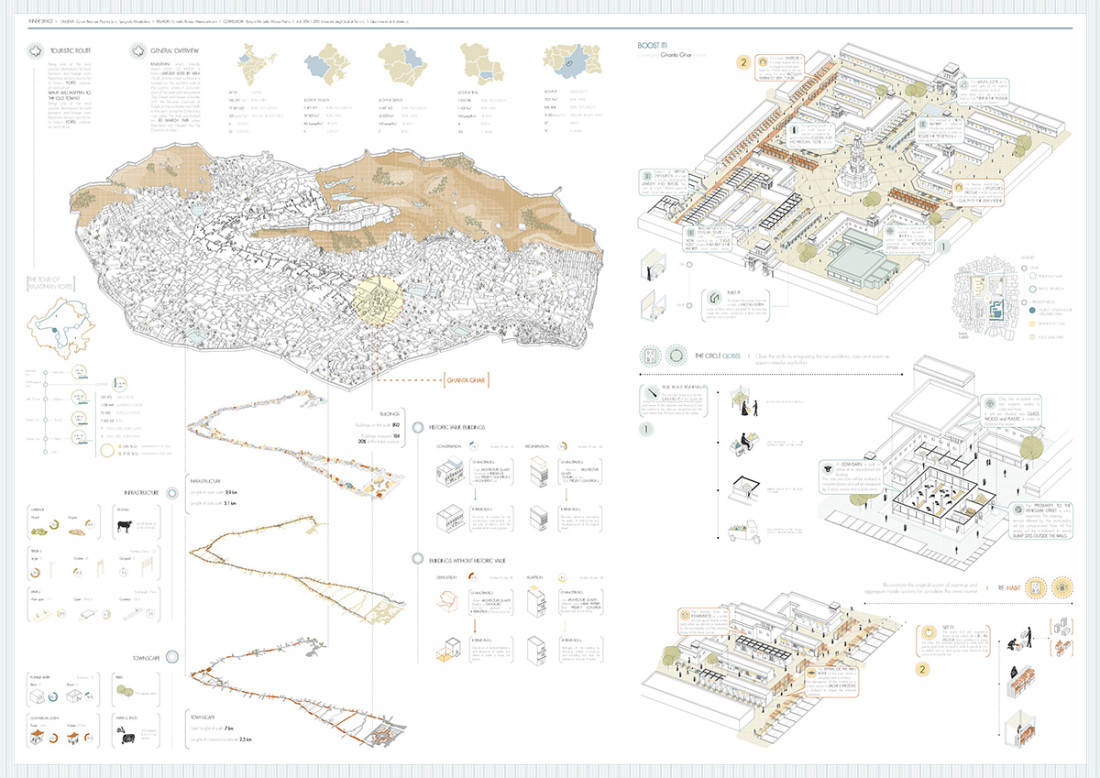 Strongly influenced by the geographical and political dynamics of the region, the historic town of Jodhpur provides an outstanding example of traditional urbanism of Rajasthan. Conceived and developed within the medieval, the historic city today has to balance the demands of a modern town with the preservation of tangible and intangible heritage of the urban center.

Taken as key goal the REHABILITATION OF URBAN SCENARIO and acting in accordance with the directives of the municipality, the aim of the thesis is to offer an action strategy with a double scale vision.

Firstly proposing guidelines for the management of the urban system and secondly developing micro-scale design solutions according to local tradition and respecting the rigid social structure of India in order to meet the needs of both the public administration and the local community.

In 2009 she obtained a scientific high school diploma at the Liceo Sorbelli, Pavullo; in the same year, she enrolled at the Faculty of Architecture in Ferrara. After attending two semesters in 2012 at the ENSAP (École Nationale Superieure d’Architecture et Paysage) in Bordeaux (France), and in 2015 a semester at the UNAM (Universidad Nacional Autonoma de México) in Mexico City (Mexico), she graduated in October 9, 2015 at the University of Ferrara.

In 2009 she obtained a diploma from school at the Liceo Ludovico Ariosto, Reggio Emilia, and in the same year, she enrolled at the Faculty of Architecture in Ferrara and she graduated in June 30, 2015.

In 2007 she graduated at the Liceo F. De Sanctis, Salerno. The same year she followed the training program for the restoration of the paper at Santa Felicita in Florence and in 2008 he enrolled at the Faculty of Architecture in Ferrara.

After attending one semester in 2012 at the ENSAP (École Nationale Superieure d’Architecture et Paysage) in Bordeaux, (France) she graduated in June 30, 2015 at the University of Ferrara.

In April 2014 the team starts to develop the thesis project under the guidance of the professors BALZANI Marcello and FARINELLA Romeo (University of Ferrara) and Meenakshi Jain (CEPT University, Ahmedabad). The team spent the following month conducting research and surveys in India working on the historic center of Jodhpur. By June 2015 the team developed the thesis project “INNER SPACE: study and urban design strategy for the enhancement of the walled city in Jodhpur”.